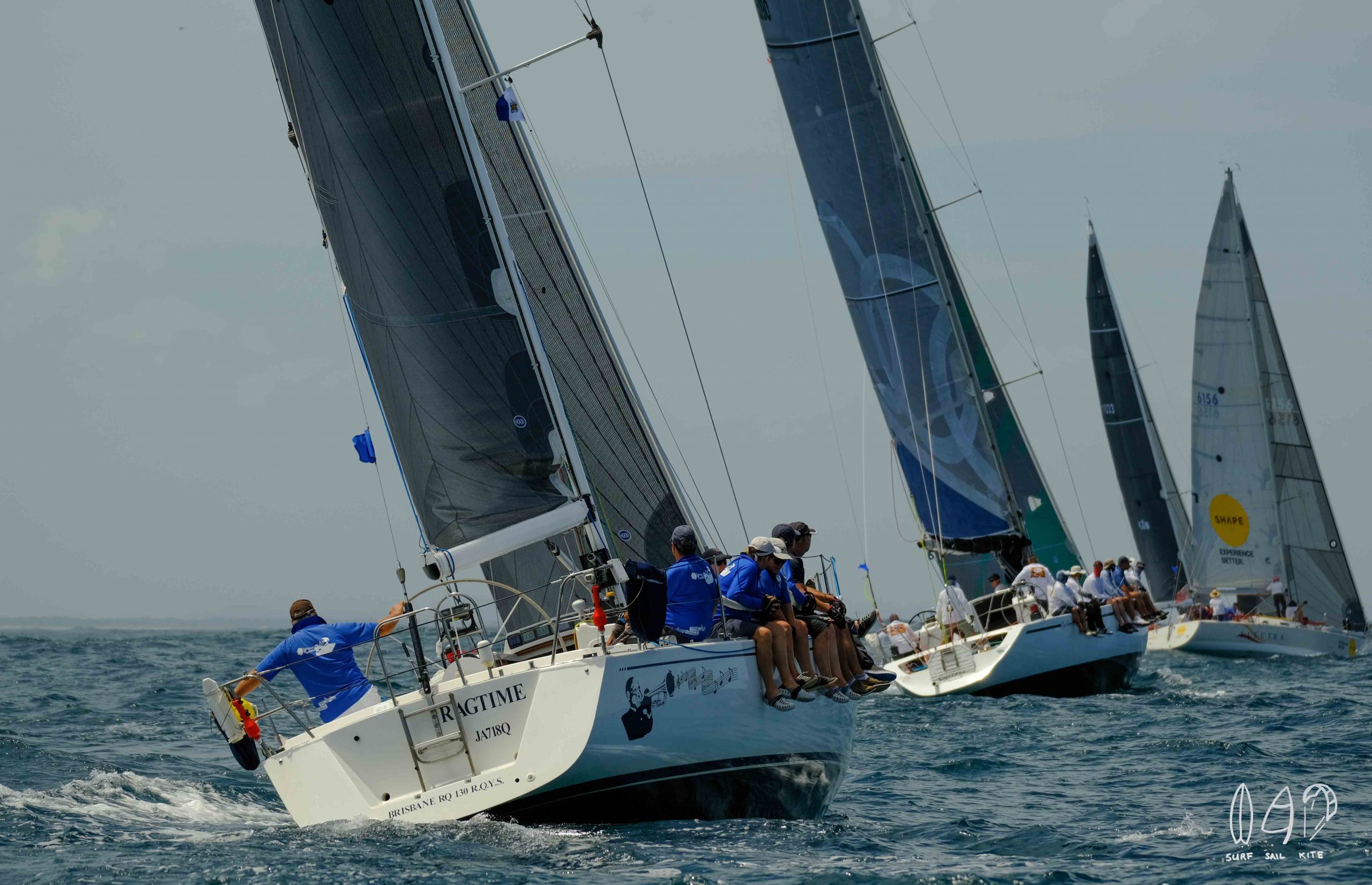 With the 2019 Queensland Yachting Championships up for grabs, ITALIAN JOB, skippered by Michael Tom Johnston from Sunshine Coast Yacht Club currently leads the fleet going in to day two of the series.

Both IRC and PHS Division 1 enjoyed two 11.6nm passage races, while all other divisions sailed the 15.1nm passage race to the beautiful Currumbin on the south end of the Gold Coast.

Day one brought extremely competitive starts from all divisions. Rod West’s ANOTHER PAINKILLER started on port and crossed the entire IRC and PHS Div 1 fleet in race one, but he narrowly missed out on completing the same manoeuvre in race two.

Match racing moves were seen in the multihull division between current leader Avalanche and PLAN B. Early at the pin end, AVALANCHE was forced to circle and attempted to cross on port, PLAN B had other intentions forcing the crew to duck in a dial down.

In the Cruising Division, EASY DAY made easy work of their first start crossing the fleet on port, while Enigma, Kirisma and Italian Job also had brilliant starts on starboard.

“We are so excited to celebrate the event this year for its 10th anniversary. Yachts have returned from previous years to help the Club celebrate, a special mention to the crew from Peggy who come back year after year as they look forward to this event as their favourite each and every year,” said Commodore Ray McMahon.

Regular Sail Paradise entrant PEGGY, skippered by Benjamin Meakin is leading the Trailerable fleet, with Christopher Noyes on WATCH ME in second.

For further information, or to view the current results visit the regatta website: www.sailparadise.com.au