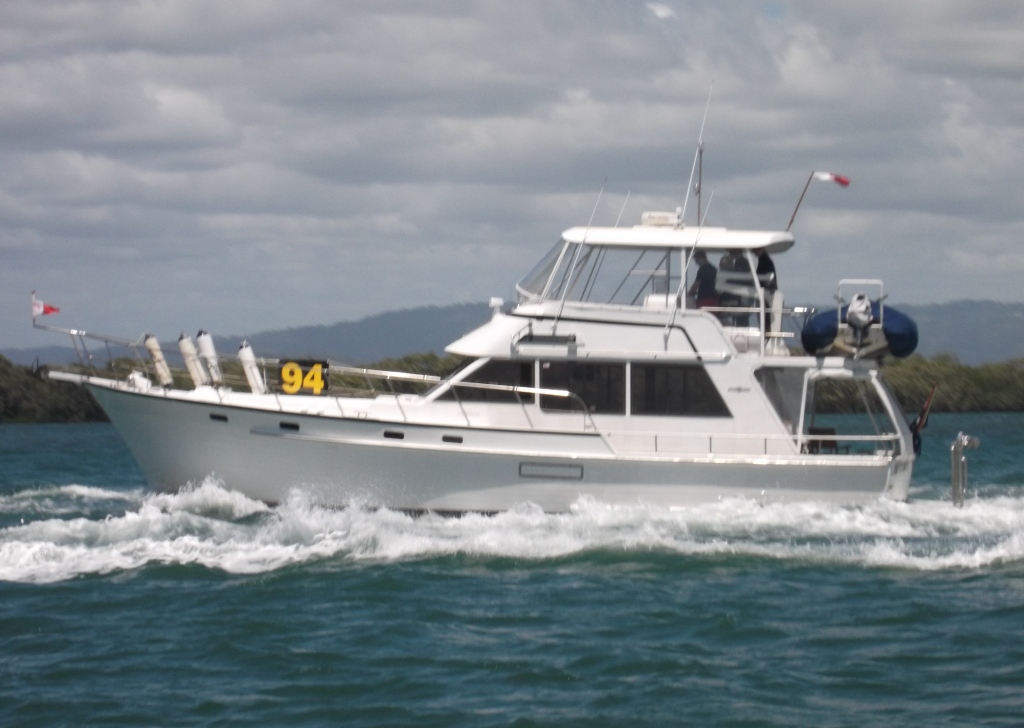 The final Navigation Rally of the SYC Powerboat Championship for 2013-14 was run on the June Long Weekend.  The two day event run on Moreton Bay featured last Nav. Rally for 2013-14 season that counts towards the SYC Powerboat Championship on the Saturday and an Open Nav. Rally on the Sunday. SYC Navigation Rally competitors and SYC Cruise Flotilla met ashore at the beautiful RQYS Canaipa anchorage for a very enjoyable dinner, it was great to see over eighty SYC members, family and friends enjoying a weekend out on the water.

The Saturday event was won outright by Graham Webb “Van Man” from Ray Gilbert “Samadhi” and Mal Wood “Finky Dink II” third.  Ray Gilbert has taken out his third SYC Powerboat Championship with a great season of 2 firsts, 3 seconds and a third, Graham Webb finished second with 2 firsts, and a second and Peter Brown “Bipty Bipty” finished the season in third with one second and one third and consistent results across the entire series.

The weekend concluded on the Sunday with Lunch and Presentation at Canaipa, thanks to our major sponsor Wattyl Industrial Coatings for another great weekend out on the water.