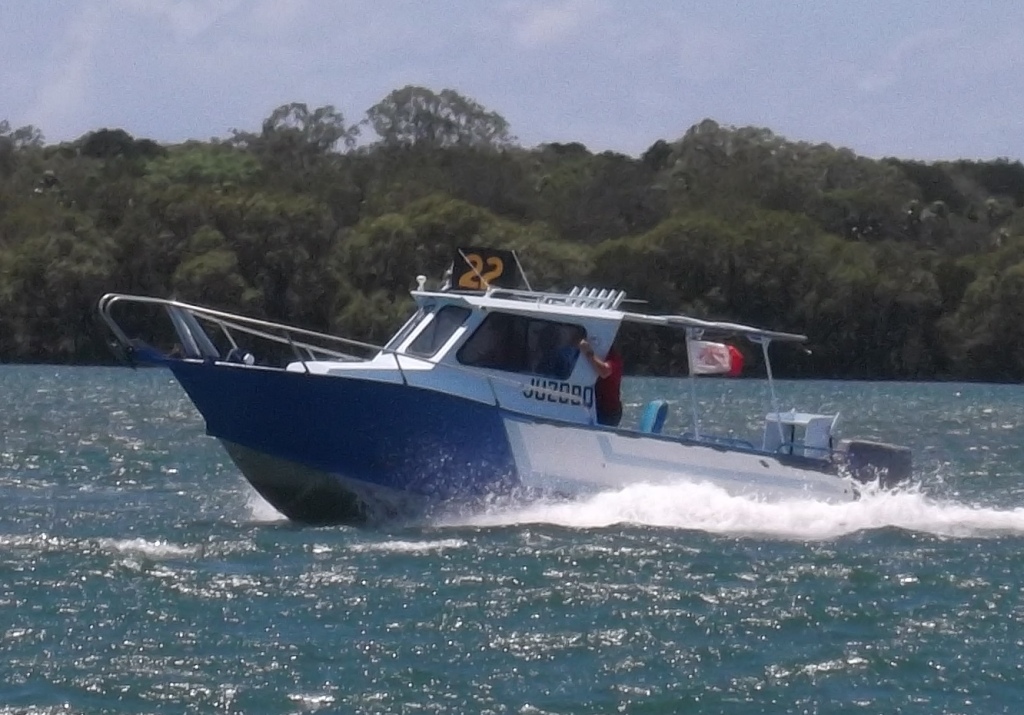 The SYC Open proudly sponsored by the Associates Committee was run last Saturday on a 12 nautical mile course on the Broadwater that started and finished just north of the Seaway.

The event is the second last Navigation Rally of the 2013-14 SYC Championship season.  The first three boats were separated by only 6 seconds after ten checkpoints. In first place was “Finky Dink II” skippered by Past Commodore Mal Wood, closely followed by “Mahogany” Gary Doornbos and “Samadhi”  Ray Gilbert.

We welcomed first timer Paul Mat thews “Meander”  to a SYC Navigation Rally and he celebrated with a win in the  handicap section .

The SYC Open was also the last round of the Broadwater  Series and this was won by “Mahogany” Gary Doornbos who has really put in some great results in the second half of the season.

The race for the SYC Navigation Rally Championship will be decided  on June 7 and 8 on Moreton Bay in the Commodores Trophy. The Championship is currently being led by “Samadhi” Ray Gilbert who has shown great consistency over the season.

The handicap section of the Championship is being led by “Mystic Lady” Justin Sinnamon.