THE WEEK IN SAILING – 29th July 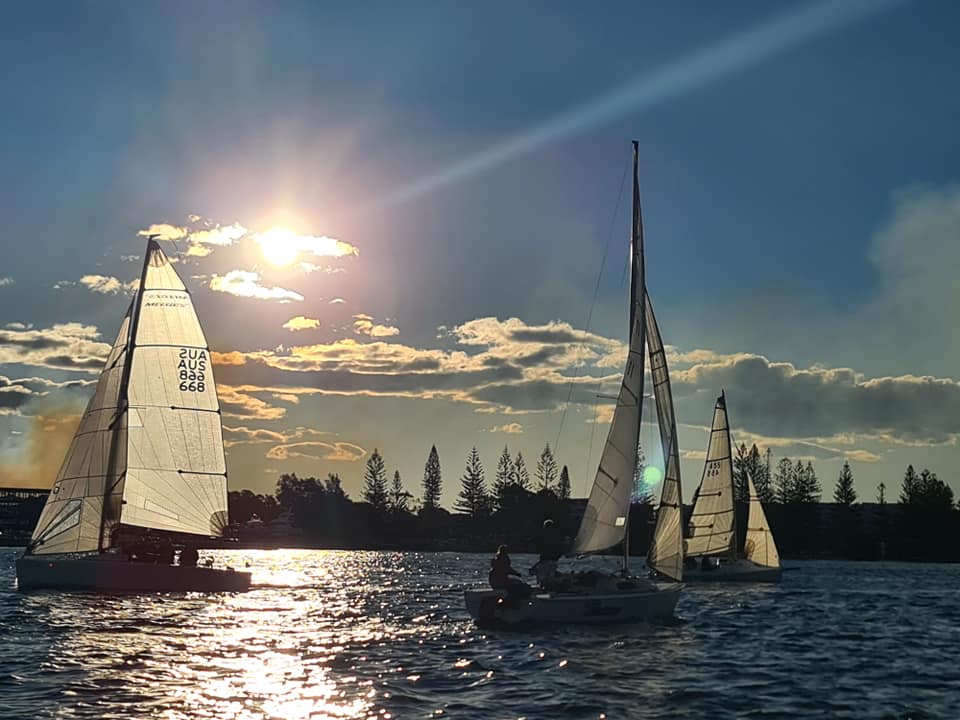 After a top effort, last weekend was spoiled by a false finish, it was good karma to see 4SHAW take first place in last night’s Brass Monkey’s.

With winds forecast to be up around 15 – 20 knots, it was a surprise to see the breeze dropping as the nights race went on. Of the 26 boats, we had seven retirees and 2 DNF’s. 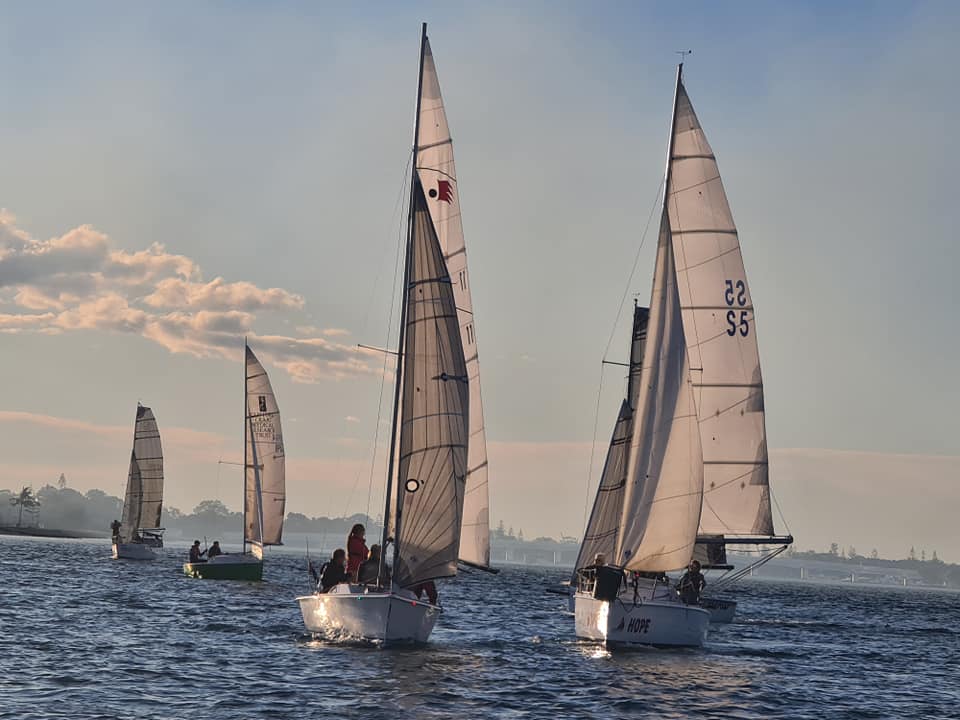 With a little more breeze on the Broadwater this week, it looked like Thursday Twilighter’s would have a full course sail, albeit a very casual one. Mother Nature has her own agenda these days. With wind dropping out, Race Control abandoned the race. 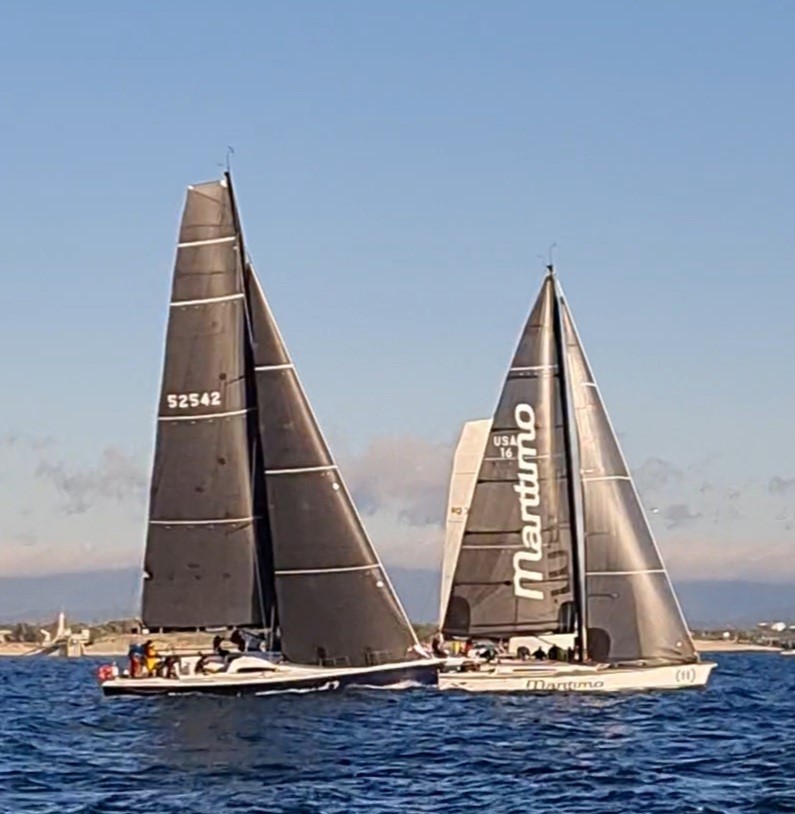 made up the fleet heading toward Moreton Bay Flat Rock located off the top of North Stradbroke Island. The region is renowned for its spectacular diving but today the focus was on the impressive sailboats racing in exciting conditions.

Race Control reported a lumpy swell with a WNW wind averaging 20-25 knots. With lead boats clocking 11-12 knots SOG on the way up the coast, the westerly bullets gave them an extra shove.

Flat Rock Race Results will be announced at a special presentation at SYC Main Beach on Thursday, 29th July 2021 at 1900hrs.

Last weekend’s Flat Rock Race aboard Blunderbuss was smooth sailing, aside from a minor issue with our Jib Topper peeling out of the track.

As we made our way north, several whales surfaced to say hello.

There was a period throughout the race when we experienced a short period of steady 28knots with bullets of up to 32knots! Later the winds dropped down to a slightly more manageable 20-25knots. On the way home we had multiple sail changes – reef in, reef out. J2 up, J2 down. These variable conditions made it harder to decide the most optimal sail to fly.

A huge thank you to Simon Turpin and Steve Murphy who followed the fleet to ensure we all made it to Flat Rock safely. Last but not least, congratulations to all competitors who joined the fleet and made Flat Rock 2021 one of the fastest races yet.

OFF THE BEACH DINGHY 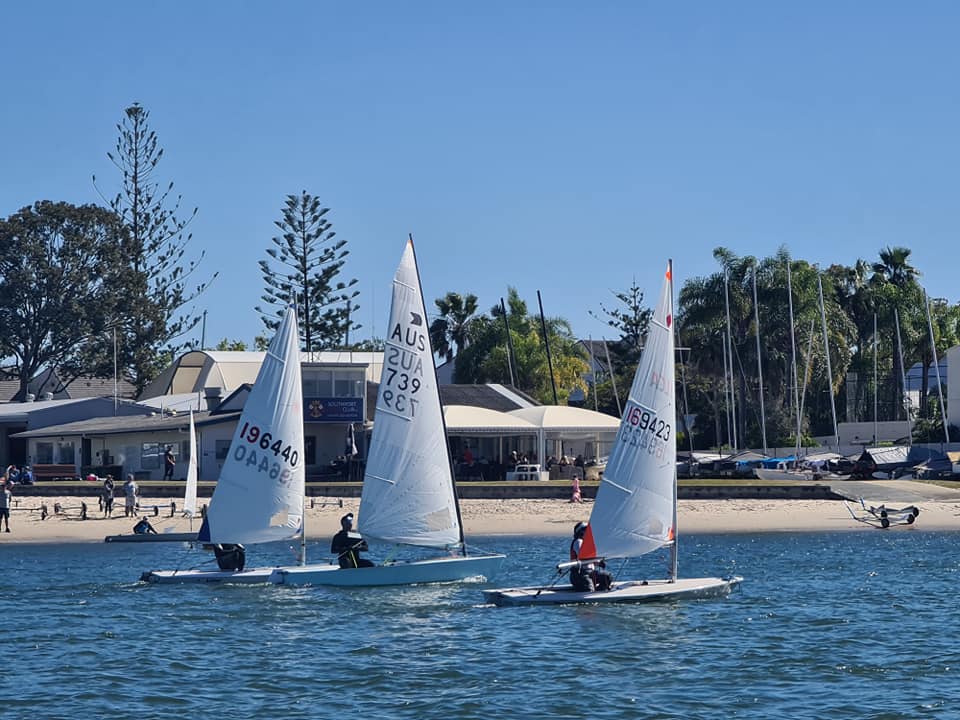 Today was the first day of the Junior Fleet who recently advanced from Tackers 3 at Oxenford. Seven new sailors were introduced to sailing on the Broadwater. A perfect opportunity for them to experience wind, tide and channel racing. Welcome to Hollywell!

In the dinghy racing Junior Division the results were shared by three skippers. In the first race of the day 1st place went to Jonah Parry on the THE WHALE, 2nd place to Addison Newlan on AFTERBURNER and Matthew Sinnamon on SAFARI came in 3rd place.

In the second race of the Junior Division AFTERBURNER took out first place followed by THE WHALE and SAFARI.

In the Open Division the day belonged to Kelvin Holdt on GREEN HAM & EGGS with a first in both races. In the first race of the day Kelvin shared the placings with Jack Humphrey’s HIJACK and Edwina Vassallo on SEA SPRAY. In the second race Sam Martland came second on RELENTLESS and Jack Wallace on his OK Dinghy, HIJACKED was in third place.

A huge thank you to all of our wonderful sponsors who support racing at Southport Yacht Club. To our volunteers, we salute you for your dedication on and off the water during some chilly westerly conditions this week. Finally, to the sailing team at Hollywell who bring it all together.

After the first two races of sailing in Tokyo today, Mat Belcher (helm) and Will Ryan (crew) lead the way on 7 net points in the Men’s 470 sailing division.

Winds across Enoshima Yacht Harbor averaged 15 knots forming short choppy white caps. The duo settled into second place behind Sweden at the start of the first race and this was how they remained for the seven legs and across the finish line.

In race 2 Mat and Ryan finished in 5th place, 43 seconds behind the Spanish winners.

We are excited to be cheering the guys on in front of the live streaming here at Hollywell and Main Beach clubhouse. We hope to see you here for added support.