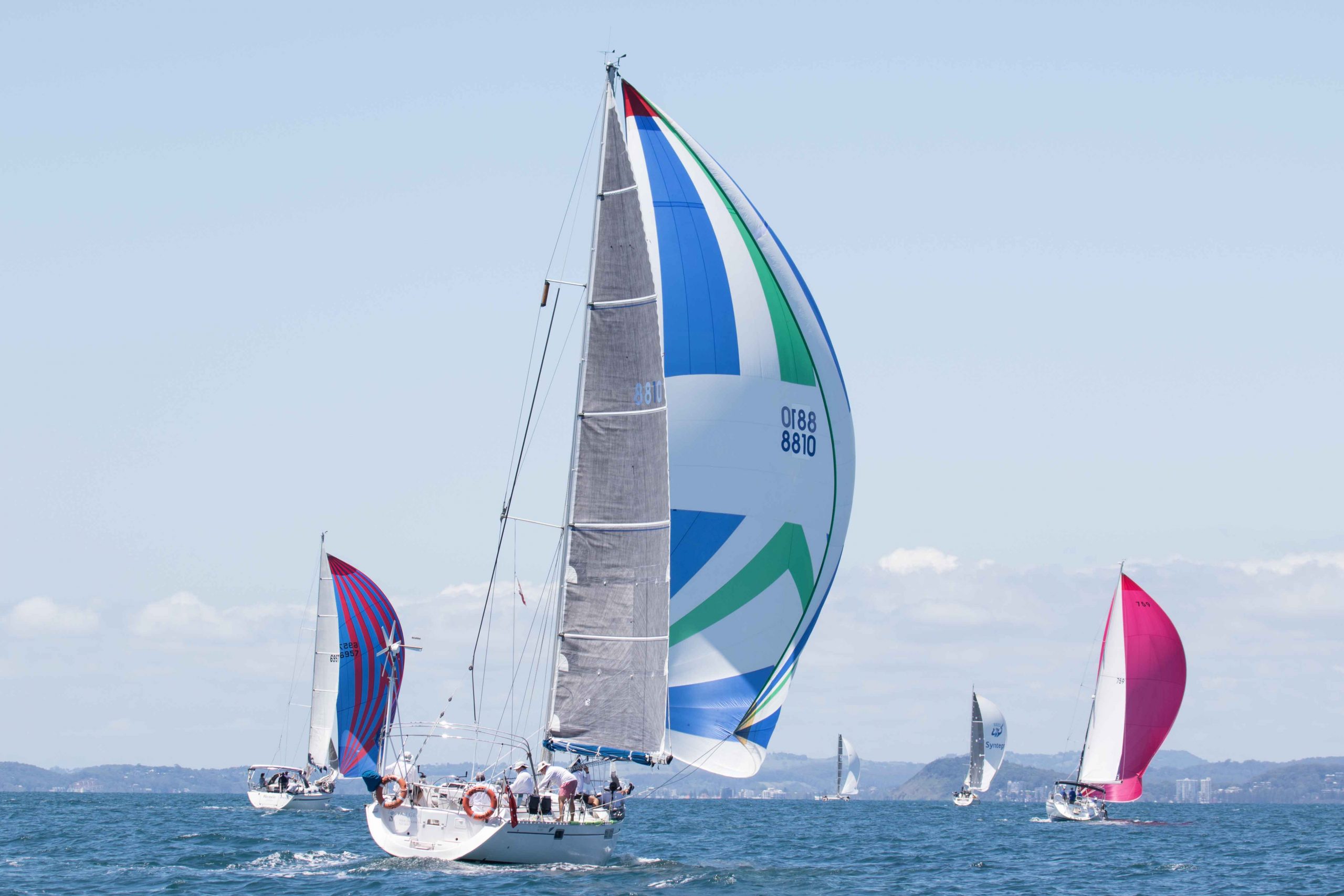 After being crowned the series overall champion following the 2016 Coffs to Paradise feeder yacht race and Bartercard Sail Paradise regatta, Ocean Gem are planning to defend their title with the commencement of the 370 nautical mile race from Pittwater on January 2nd. David Hows and crew will compete in the back to back events on arrival at the Gold Coast in the 2019 premier sailing event Bartercard Sail Paradise.

Having competed numerous times at Bartercard Sail Paradise, Hows decided to head south in 2017 competing in the Rolex Sydney Hobart Yacht Race. “The experience of such a challenging event enabled the crew to build on skills, knowledge and confidence heading in to the 2019 series,” Said David Hows, Skipper/Owner of Ocean Gem.

After 25,000 nautical miles and 400 plus races, Hows set out on his Beneteau 445, Ocean Gem to complete a double, solo Tasman Sea crossing of 2,800 nautical miles, following the Rolex Sydney Hobart. “The venture across the Tasman and back allowed plenty of ‘thinking time’ resulting in a plan to turn my passion by increasing the racing and ocean passage events over the next two years to include; sailing around Middleton and Elizabeth Reefs, two further Tasman Sea double crossings, the 2019 Rolex Sydney Hobart Yacht Race, a Tasmania Circumnavigations, a Brisbane to Noumea Race and a Fiji to Hamilton Island Passage. Our crew love new challenges and pushing their skills to new levels keeps all of us motivated. With sailing you are only limited by your imagination and preparation.”

“Sailing at home always has its perks, the advantage of knowing the tides, winds and sea conditions helps well in advance for preparations and crew confidence. 2016 was our first time competing within the IRC Division at the SYC event, and we could not have asked for a better result. The crew and I were ecstatic to have won the regatta, and we look forward to the event growing nationally with more competitors joining SYC from Brisbane and Sydney in 2019,” Hows added.

Other championship wins for Ocean Gem since its 2014 debut in Australia include the 2015 and 2017 Queensland Beneteau Cups, and back to back 2016 and 2017 SYC Club Keelboat Champion Titles, decided from the best overall results of six inshore/offshore series each season.

“It is always a great time of year when hosting the annual Sail Paradise series. Year after year, I receive multiple compliments regarding the sailing structure professionalism and social events entertainment back in the Club from both SYC and fellow Yacht Club skippers and their crew.” said SYC General Manager Brett James.

Another four Southport vessels are well under preparations to enter the Pittwater to Paradise classic, being the largest Queensland fleet to embark on the two-event journey.

Entries are open for the Bartercard Sail Paradise series, held from 6th – 9th January 2019. The four-day offshore regatta will again follow the Club Marine Pittwater to Paradise Yacht Race. A 380 nautical mile offshore event hosted by the Royal Prince Alfred Yacht Club. In it’s third year, both Club’s are pre planning to ensure the biggest and best combined series yet!

The 2019 Australian Sailing Queensland Yachting Championships will again be held at SYC during the four-day sailing regatta. Bringing grand prix yachting to the Gold Coast shoreline.

Held on Saturday 5th and Sunday 6th January, the Club’s Gold Coast Marine Family Festival will be a weekend of action-packed events, everything marine related, and so much more.

An open weekend full of free fun, exhibitions, marine demonstrations, face painting, entertainment and so much more. From 9am to 5pm daily, SYC encourage members, guests and visitors to partake in this wonderful event.

Southport Yacht Club will host a series of special on-shore social events at the conclusion of the Club Marine Pittwater to Paradise regatta and during Bartercard Sail Paradise. And, with it being high summer, a relaxing and festive holiday atmosphere will prevail at the Club and across the Gold Coast.

For further information, or to lodge entries, go to: