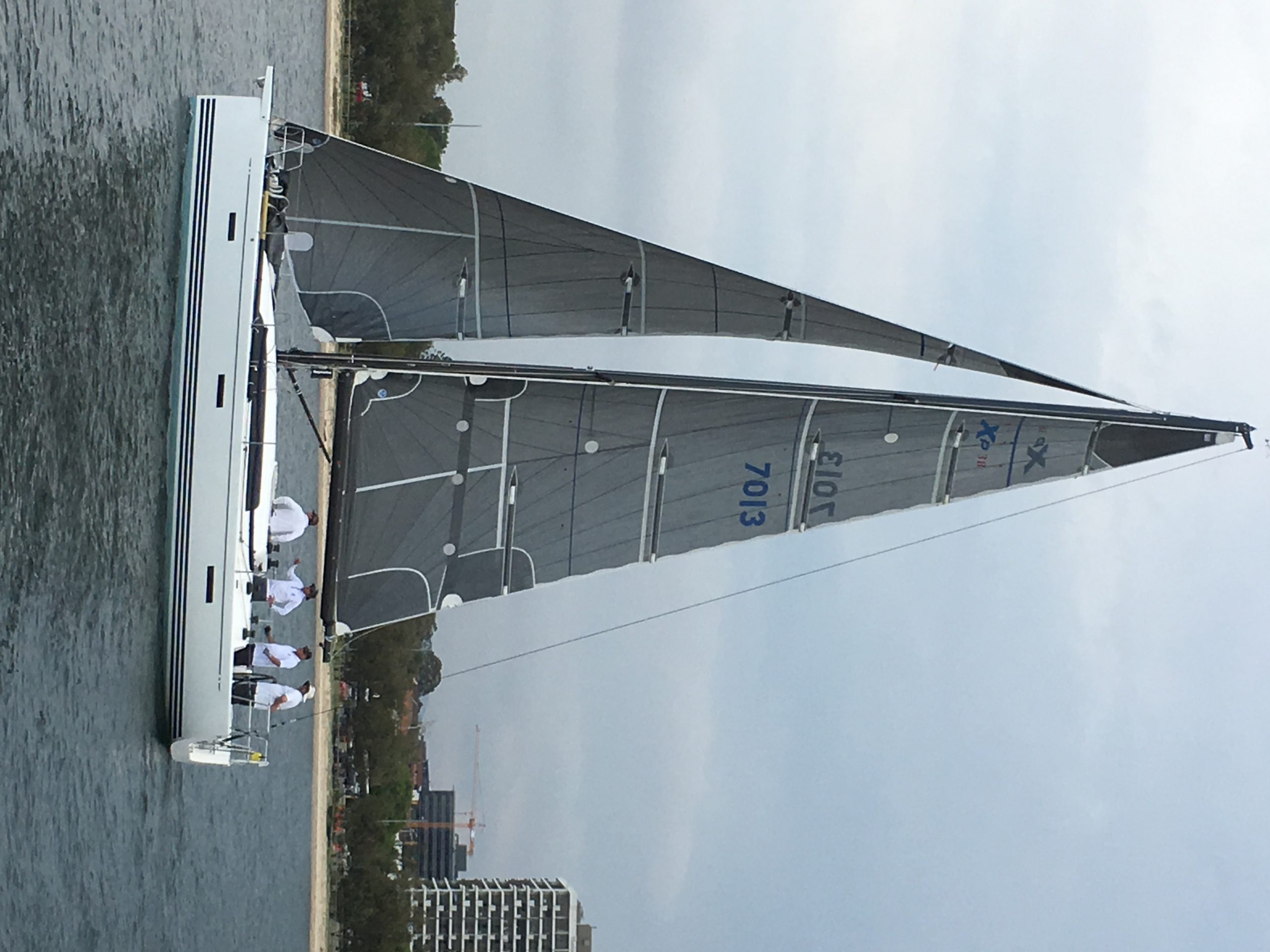 Having started sailing in dinghies as a child, Russell Birse’s passion for the sea began at a young age. He has found himself near the water ever since, leading him to enter his newly purchased XP 38 ‘XVitesse’ in the upcoming Bartercard Sail Paradise Regatta, held on the waters off the Gold Coast shoreline from January 8 to 12, 2017.

Russell recently brought the vessel to the Gold Coast from Sydney and renamed it XVitesse, (a French word for speed) hopeful of ‘by name by nature’. “I am extremely excited to showcase our new vessel to the Southport Yacht Club (SYC) fleet in the upcoming series”. “It is a fast boat having previously made the podium at Hamilton Island Race week and Land Rover Sydney Gold Coast Yacht Race” said Russell. The XP 38, formally named Express, has had a very successful sailing career since being built in 2013, and Russell intends to keep those standards.

Russell has had seven great successful years at Southport Yacht Club sailing on board his previous vessel La Balla, with the X-342 a regular podium finisher in the Club’s Thursday Twilight and Offshore racing. “X Yachts are a fantastic design, and by going bigger should only make us go faster” said Russell. La Balla originally lived in Malaysia and was purchased by Russell and his two life long friends Gary Livermore and Geoff Smith whilst on a surf trip to the Maldives.

Some might say that his new vessel has Royal connections. Princess Mary of Denmark and Royal Prince Frederick once sailed on board XVitesse while on one of their many trips to Australia. With X Yachts originating from Denmark, the choice of vessel for Princess Mary only seemed appropriate.

Russell intends to contest Hamilton Island Race Week and Brisbane to Gladstone Yacht Race in the near future. But for now, his number one focus is on the competition within the Bartercard Sail Paradise Regatta.

Details for Sail Paradise 2017 can be found on the regatta website: www.sailparadise.com.au